In an era when smartphones, tablets and 24-7 connectivity are nearly ubiquitous, getting and keeping a prospect’s attention is becoming harder than ever.

Technology has permanently changed how and when people interface with others.
Producers need to adapt their communication and business processes to accommodate reduced attention spans.
So said Curt Steinhorst, founder and president of the Dallas-based strategic communications firm Promentum Group, during a special Top of the Table/Court of the Table afternoon program on Sunday at the Million Dollar Round Table, being held in Vancouver, British Columbia, June 12-15.

Steinhorst outlined ways for advisors to communicate more effectively in the “age of distraction,” and set themselves apart in the market.

“We’re at a unique moment in history,” said Steinhorst. “The way we now connect to technology changes everything. The [advisors] who are the most disciplined in their use of communications technology will be those who are best equipped to navigate the setbacks that will surely come — and to outpace the competition.”

Today’s smart wireless and mobile technologies are “world-changing,” he added, because they let people communicate with “anyone, anywhere, anytime.” This ability, which Steinhorst dubbed “access,” has a downside: We become less focused.

Our brains are wired to send and receive social information such as e-mails, voice and text messages. When we’re overloaded, the result is “loss” — an inability to process and store information in long-term memory.

The information barrage is far larger than it was just two decades ago. The average person in the workforce today, Steinhorst noted, has to consume about 400 percent more information than in 1986.

The overload and memory loss is particularly pronounced when multitasking. People think they’re working smarter and faster when juggling responsibilities, but their efficiency and quality of work drops 40 percent.

Piling on more to-dos only compounds the problem. A Harvard University study cited by Steinhorst concluded the quality of work among the adult participants surveyed plummeted to that of an 8-year-old when adding a simple extra task to the workload.

The result: People enter a state of “AWOL” (Access + Wiring + Overload + Loss). Akin to attention deficit disorder, the condition is increasingly affecting every aspect of people lives — personally, professionally and socially. For agents and advisors trying to connect and do business with an “AWOL audience,” said Steinhorst, new strategies are a must.

To that end, producers must understand how communications technologies change “relational dynamics,” which is “Category 1” of an AWOL audience.

It means that increasingly, people prefer to interface through digital channels: their smart phone, tablet or another device. Though convenient, these channels are less effective than in-person meetings at conveying non-verbal cues (e.g., intention, emotion, issues or concerns.)

The physical distance places producers at a disadvantage when trying to build a rapport with prospects or convince them of the value of a recommended product or plan. And they’re generally in no position to dictate the method of communication.

“In a world where people are in-person averse, you have to model your communications to people’s preferences, through text messages, emails or social media,” said Steinhorst. To do otherwise, is to risk losing the prospect.”

At least at the initial stage of a client engagement. Later on — only after the advisor has established a trusting relationship and undertaken “harder conversations” about ways to achieve financial objectives — will he or she be better positioned to secure an in-person chat.

Getting to these advanced conversations on a consistent basis, Steinhorst said, will require advisors to master non-verbal communications such as 140-character tweets, Facebook “likes,” acronym and emoji-filled texts and e-mails, all of which people (notably millennials) increasingly favor today.

In tandem with relational dynamics, “attention dynamics” are also changing, and this is “category 2” of the AWOL crowd. In other words, people have shorter attention spans — not only for other people, but also the devices they use.

“Nine out of 10 people, when watching the TV, actively use a second device,” said Steinhorst. “If you can watch a 30-minute sitcom today without pulling out your phone, you’re the best we’ve got. Your audience, your clients, have reduced attention spans.”

That audience also has less tolerance for lengthy application forms, contracts and transactions that require more than a single click. To win clients, Steinhorst said, insurance and financial professionals have to simplify the purchasing process. That means jettisoning unnecessary steps, and making contract provisions and disclosure understandable.

“From the time of referral to the time of commitment, every step you add to the process means a dramatic decrease in the likelihood prospects will work with you,” said Steinhorst. “You have to shorten the steps and make working with you easier. Your tag line should be, ‘It’s just that easy.'”

Also, the more visual you can make your communications through the use of infographics and similar tools, the better. “This is absolutely a way to beat the competition,” Steinhorst said.

Here’s another tip: Use a consultative process that minimizes the number of product and plan options to a manageable number. The more choices the client has to consider, the harder they will find it to make a decision.

But simplifying plan options doesn’t necessarily mean offering a cookie-cutter, one-size-fits all approach. People still expect recommendations that are tailored to their financial goals and aspirations.

“If you want to acquire and keep clients, they must feel like they’re getting unique, customized solutions every time,” said Steinhorst. “If you first ask questions [needed to customize the plan], you’ll gain their trust. And here’s what’s amazing: Over time, they’ll you give all their business.” Click Here to view actual article 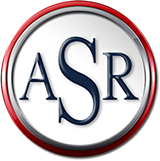